Sign Up to our social questions and Answers Engine to ask questions, answer people's questions, and connect with other people.

Lost your password? Please enter your email address. You will receive a link and will create a new password via email.

Please briefly explain why you feel this question should be reported.

Please briefly explain why you feel this answer should be reported.

Please briefly explain why you feel this user should be reported.

Hindu College is one of the most popular and prominent colleges of Delhi University. It was established in 1899 and is one of the oldest science and humanities colleges in India. When it comes to popularity Hindu College is on top of the country, also known as Star College of Delhi University. In 2020, it ranked at number 3 by the National Institution Ranking Framework (NIRF) Govt of India. Being a Hindu College student is proud itself, there are so many things that only one Hindu College student can relate like Virgin Tree Pooja on 14 Feb and all. We will be discussing all of these along with a brief overview of the college in further points.

Hindu College offers wide range of courses in all streams but it is mainly popular for its science and arts courses. Their fees structure along with some popular courses is listed below

Faculties of Hindu College, Delhi University played a major role in building the reputation of this college. College authorities have certain standards and rules that even senior-level faculties have to follow. All the faculty members are experts in their fields, teaching students in their own styles to make them understand better.

Societies of Hindu College are just tremendous, the IBTIDA their dramatics society is one of the most popular societies in the whole university. It was started by Imtiaz Ali when he was a student at this college. NAKSHATRA their fashion society is also very popular. Arambh and srijya are other some popular societies from which the freshers can take a lot of exposure.

Coming on to the placements, Hindu College of Delhi University always secures its place in the top 10 placement records. Almost every top company that visits Delhi University visits their campus. Also, the placement cell is also quite good at approaching companies for their campus. Google, Deloitte, HDFC, KPMG, Maruti, Jaypee, Ernst and Young, Protiviti, DE Shaw, Essar, and Royal Sundaram Alliance are some top names of companies from their placement list of the last year.

For those who don’t know about the virgin tree of Hindu College- There is a tree in Hindu College located at the heart of their campus which is popularly known as Virgin Tree. Every year Hindu College Students worship that tree and celebrate it as a mini-fest in their college. This is one of the most unique things that can be seen only in Hindu College of Delhi University.

Their Annual Fest “Mecca” has a different hype in the whole north campus, the standards of Hindu College can be clearly seen from that amazing fest. Every Year it becomes very difficult to control the crowd as students of other colleges are mad about this fest. The amazing crowd along with popular stars is something that no Duite will ever want to miss. 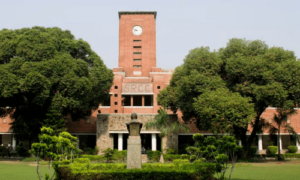 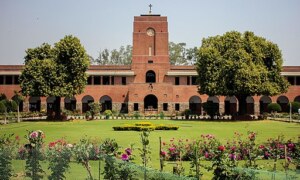 All you need to know about St. Stephens College, Delhi ...